Médecins du Monde concerned about protection of civilians in Ukraine

Médecins du Monde/Doctors of the World has started to relocate its international staff and to protect its local team as military attacks on the country have begun. The NGO’s entire team numbers around 100 professionals and it has been operating in Ukraine since 2015.

As a humanitarian organization, we have a commitment to the affected civilian population, especially in the self-proclaimed independent republics Donetsk and Luhansk. Those who live there are going to have great difficulties to access health care and psychological support at a time when it is so urgently needed. We fear for the lives of our patients in a region, where 30% are over 60 years old and need constant monitoring and access to medicines for the chronic diseases they suffer from. Now that our mobile units are unable to operate, the situation for them is harder than ever.

Médecins du Monde has been providing humanitarian assistance and health services to vulnerable people living along the line of contact between Luhansk and Donetsk Oblasts in eastern Ukraine for almost eight years. During this time, we have handled some 125,000 consultations. Because of this work, we are well accepted in the country and intend to continue to serve the population as soon as the situation stabilizes and our teams are able to work in the area again.

Even before the military escalation of the conflict yesterday, almost 3 million people were dependent on humanitarian aid for their livelihoods. More than 850,000 are internally displaced. We fear that these numbers will increase dramatically.

The protection of human lives must be the absolute priority of all political and military decisions. We urgently call on the parties to the conflict to protect people and civilian facilities, such as schools and hospitals, in accordance with international humanitarian law. In addition, humanitarian aid must be facilitated and safe channels opened for those who need to leave Ukraine. All states that are considered safe countries must be open to people coming from the affected regions. 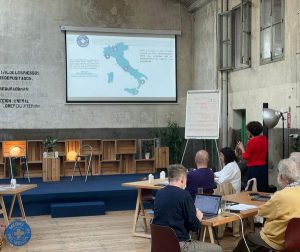 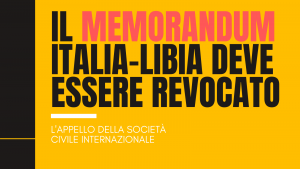 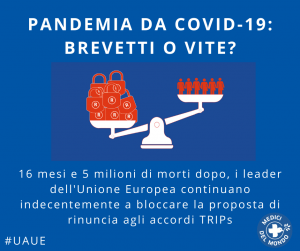